On the morning of September 24,2021 the award ceremony of the international student essay competition “My Stories with BFSU” was successfully held online by the Overseas Students Affairs Office. The ceremony was attended by teacher representatives and 25 international student representatives from the Overseas Students Affairs Office, School of Chinese Language and Literature, and International Business School.

In December 2020, as part of the activities leading up to the 80th anniversary of Beijing Foreign Studies University, the “My Stories with BFSU” Essay Competition was organized by the Overseas Students Affairs Office for international students on and off campus to reminisce about the precious time they spent at school and tell the touching stories they had with BFSU.

International students were enthusiastic about the competition and actively participated in it. A total of 118 submissions was received, from which 6 first prizes, 15 second prizes, and 30 third prizes were selected by expert judges designated by BFSU. 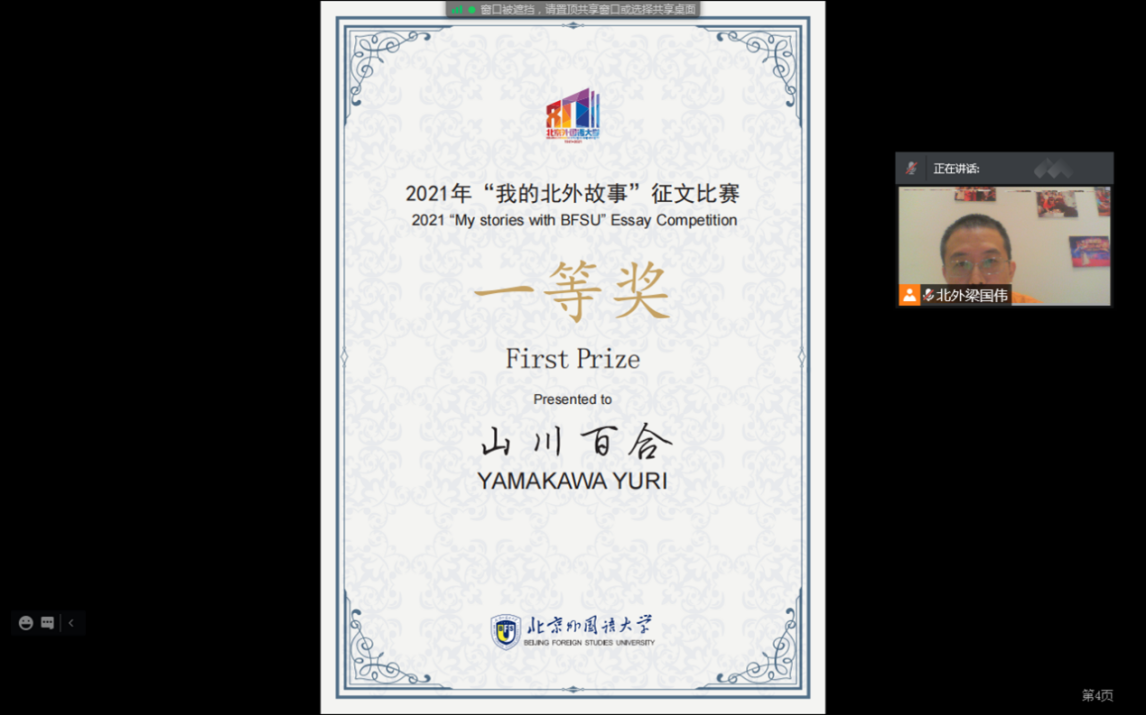 The award ceremony was held online due to the impact of the pandemic. On the eve of the 80th anniversary of BFSU, international students in and outside China gathered in video format to renew their friendship.

At the award ceremony, the teacher representatives delivered speeches to express encouragement and expectations to the students. Three award-winning students gave speeches to recall their campus life and share what they have gained from their stay at BFSU, offering sincere congratulations on the university’s 80th anniversary.

The competition fully demonstrated the international education outcomes of BFSU and the creative talents of international students. The event was a successful effort to tell the stories of BFSU to the world and make China’s voice heard.